I recently gave a group of children a large floor puzzle to assemble. They quickly went to work, but unbeknownst to them, I had withheld a few pieces when they weren’t looking. As they neared their completion, they realized that they could not finish the job. I asked them to look at all the pieces and tell me if any two of them were the same? They said no. I asked them if the puzzle could be completed using just the pieces that they had. They said no. The lesson that they quickly caught on to was that every single one of those pieces had an important role to play and each one of them was unique. If one piece tries to be like another, it doesn’t work and lessens the value of what could be if everyone saw the importance of their unique fit.

This simple illustration addresses a common tendency for all of us as human beings to engage in some kind of competition or rivalry with someone else.

I am close friends with a New York Yankees fan. I have witnessed firsthand the visceral response that comes from her when a certain baseball team from Boston is brought up. You see, rivalry comes in many forms and it has been around for as long as time.

Lucifer wanted to be better than God. Cain was jealous of Abel. Jacob and Esau were at war in the womb. (Poor Rebekah!) Rachel was jealous of Leah for having children. Joseph’s brothers were so envious of him that they sold him into slavery. David’s sons fought over position and power. Jesus’ disciples argued over who was the greatest. The Sadducees were jealous of the Apostles. The list goes on and on…

Any time that we step out of our identity and rival with someone else, it’s like trying to put together that puzzle by one piece attempting to take the place of another piece. It won’t work. Instead, we push someone else out of their position and in turn there is an empty space that only we could fill.

You see, God didn’t mess up when He made you. Likewise, He didn’t make you to want to be anybody else. God created you uniquely with inherent value.

Ephesians 1:4-6 says in The Passion Translation, “And he chose us to be his very own, joining us to himself even before he laid the foundation of the universe! Because of his great love, he ordained us, so that we would be seen as holy in his eyes with an unstained innocence. For it was always in his perfect plan to adopt us as his delightful children, through our union with Jesus, the Anointed One, so that his tremendous love that cascades over us would glorify his grace—for the same love he has for his Beloved One, Jesus, he has for us. And this unfolding plan brings him great pleasure!”

Did you notice how many times those verses used the word “us”? We are not in competition. The same love that the Father has for Jesus is the love that He has for you.

Sometimes we can have this subconscious idea that life is some kind of game or sport that only has room for so many players. This can cause us to fight and compete to be the best and to be noticed so that we are chosen. But the truth is that we do not have to fight our way into our identity because it is complete and unique in Him and THERE IS A PLACE FOR US. We don’t have to compete for His attention because we already have it.

The truth is that He chose you and accepted you before He laid the foundations of the world. The Bible says that this gave Him great pleasure. When we truly understand this, we won’t compare ourselves to someone else. We won’t get jealous when someone else is blessed. We won’t feel less than or like we have to do more or be more in order to measure up.

We can walk tall in confidence knowing that He created us to be uniquely us and that He loves us without hesitation or reserve. We are not in competition for His affection.

This week, take some time and invite the Holy Spirit into your awareness. With Him, honestly ask yourself these questions:

As you process these questions with the Lord, ask Him to come and remind you of the exact person that He created you to be. Remember that you are needed and wanted and your identity is sealed in Him. I’m not better than you and you are not better than me. We are not in competition.

Father, I pray for each one reading that You would remind them of who they are in You. I ask that those mindsets and thought patterns of rivalry would be erased and rewritten with the truth that they have an exact right fit and place in Your heart and in this world. I ask that You would give them Your perspective on the unique contribution that they carry and that they would celebrate it, be a gift to the world they live in, and find personal joy in what they carry. Remind them who they are so they can live limitless in their value and identity in You. Amen. 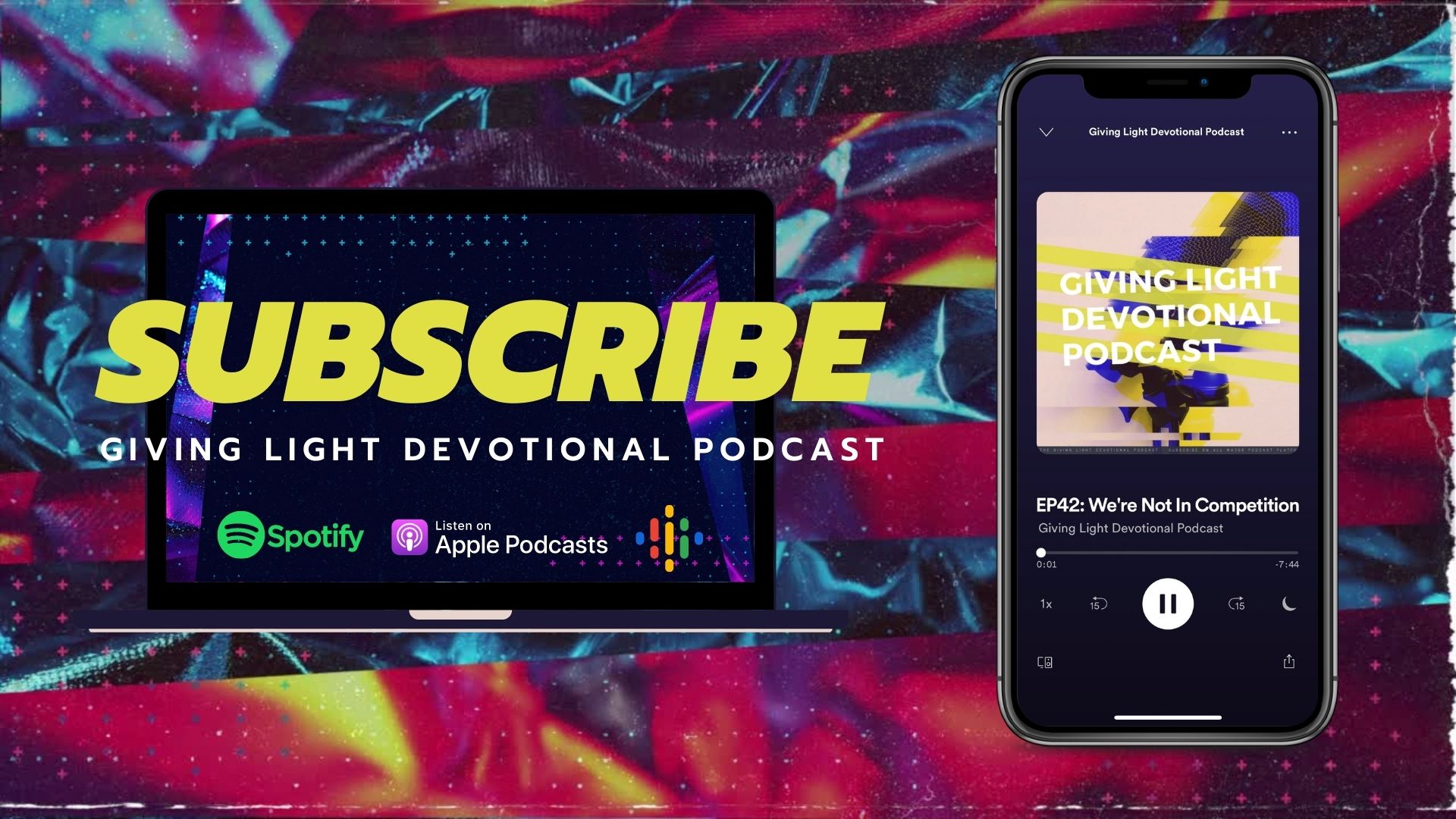 Katie Stansfield is passionate about raising up healthy people so that they can lead well. She does this as a staff pastor and administrator at Giving Light in Elizabethville, PA. Giving Light offers a safe and empowering culture of honor and validation to their local community as well as a wealth of equipping tools and resources through their online platform: www.givinglight.org.

With a practical, down-to-earth style, Katie believes that whether speaking in front of a crowd, or creating strategies behind a desk, we were created to be change-makers and forerunners in today’s world. She believes in tearing down personal and societal barriers so that we can model and lead successful and healthy lives and cultures.

In addition, Katie leads Giving Light’s prophetic ministry and has a strong conviction that when we can hear and obey the voice of God without fear, we can change the world for good.