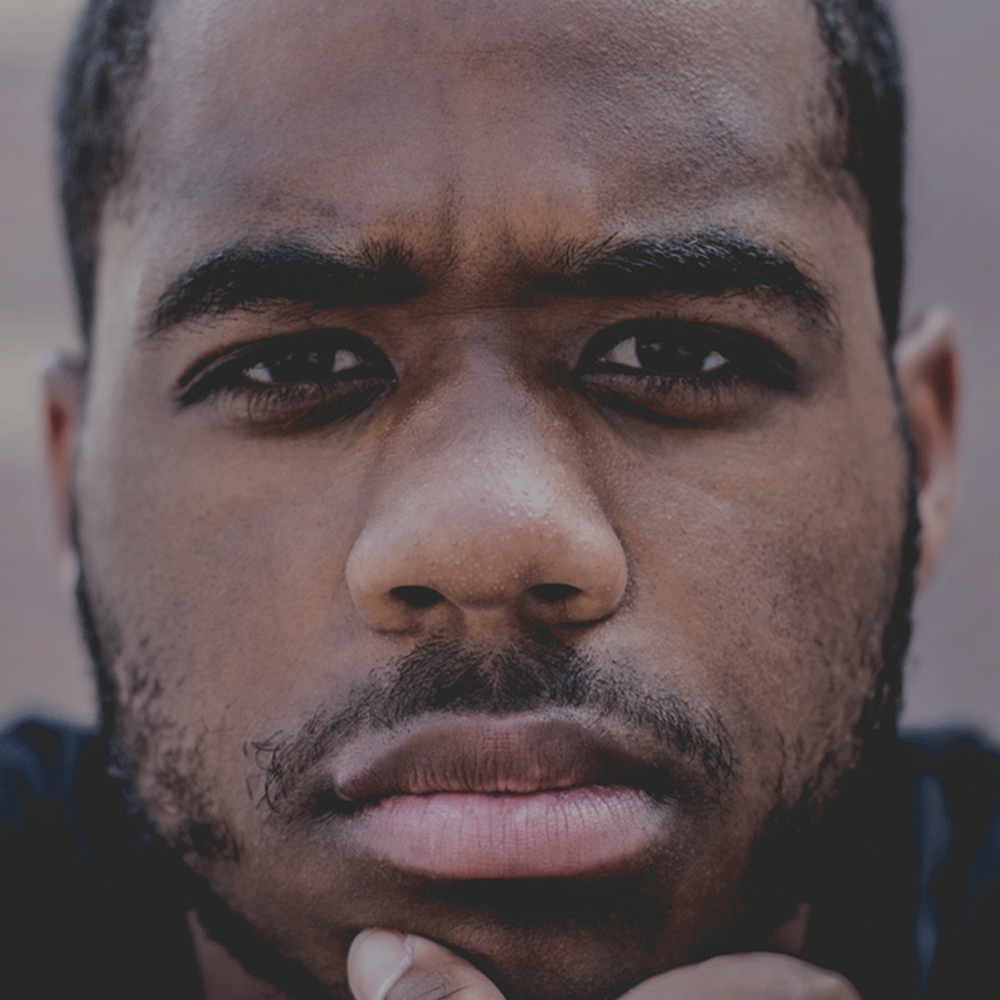 WHAT IS “THE GODHEAD”?

There is one God who is: God the Father, God the Son, and God the Holy Spirit. All are co-equal and co-eternal.

Through the Bible, we see that God has chosen to reveal Himself in this way. God did not leave us to create Him with our imagination, but chose to reveal Himself through His Word as well as coming in the flesh in the person of Jesus, and also with His Spirit that has been given to all that are born again.

It is important to understand that God the Father, Son, and Holy Spirit are all in agreement. There is one God, in three members: God the Father, Son, and Holy Spirit. This is also called the Trinity or Triune God meaning three in one. They are in unity as we as Christ’s body are to be in unity with God and each other. It is also important to understand that Jesus Christ is the Son of God, He is God made manifest or revealed to us in the flesh. He is not a created being, but rather one member of the Godhead—He is not any less God than God the Father. Holy Spirit is also just as much God as Jesus and Father God. We are not in any way lacking because He is here in us and with us, and Jesus is seated on the throne of God.

We have actually now become the dwelling place of God—the temple of the Holy Spirit! We are joined to Him and are one with Him!

There is one God who is God the Father, God the Son, and God the Holy Spirit. All are co-equal and co-eternal.

“For in Him the whole fullness of deity dwells bodily, and you have come to fullness in Him, who is the head of every ruler and authority.” Colossians 2:9-10 (NRSV)

“Go therefore and make disciples of all nations, baptizing them in the name of the Father and of the Son and of the Holy Spirit…” Matthew 28:19 (NRSV)

“…make my joy complete: be of the same mind, having the same love, being in full accord and of one mind.” Philippians 2:2 (NRSV)

“Therefore a man leaves his father and his mother and clings to his wife, and they become one flesh.” Genesis 2:24 (NRSV)

“…how God anointed Jesus of Nazareth with the Holy Spirit and with power; how he went about doing good and healing all who were oppressed by the devil, for God was with him.” Acts 10:38 (NRSV)

God is one is not merely about numerical oneness, but one in agreement, heart, mind, and every other attribute that makes God, God. There are many more Scriptures that reveal this truth.

God the Father is the first member of the Godhead.

“…for the Father himself loves you, because you have loved me [Jesus] and have believed that I came from God.” John 16:27 (NRSV)

“See what love the Father has given us, that we should be called children of God; and that is what we are.” 1 John 3:1 (NRSV)

“Do not be afraid, little flock, for it is your Father’s good pleasure to give you the kingdom.” Luke 12:32 (NRSV)

“For a child has been born for us, a son given to us; authority rests upon his shoulders; and he is named Wonderful Counselor, Mighty God,Everlasting Father, Prince of Peace.” Isaiah 9:6 (NRSV)

The “Child” and “Son” referred to in this verse are God manifested in the flesh. This is Jesus.

Jesus, the Son of God, temporarily put His powers as God aside so that He could redeem mankind, born as a man, functioning as a man, but a man without sin.

“Let the same mind be in you that was in Christ Jesus, who, though he was in the form of God, did not regard equality with God as something to be exploited, but emptied himself, taking the form of a slave, being born in human likeness. And being found in human form…” Philippians 2: 5-7 (NRSV)

God did this for several reasons:

Jesus Christ is God manifest and revealed in the flesh.

“For in him [Christ] the whole fullness of deity dwells bodily.” Colossians 2:9 (NRSV)

“By common confession, great is the mystery of godliness: He who was revealed in the flesh, was vindicated in the Spirit, seen by angels, proclaimed among the nations, believed on in the world, taken up in glory.” 1 Timothy 3:16 (NASB)

Not only was Jesus not created, but He has always been a member of the Godhead, and all of creation was created through Him. He then came to save, redeem, and restore that creation which He made.

Jesus didn’t lose His identity by coming in the flesh, He is still Mighty God. God who is Spirit put Himself in a body so that man could see what He was really like.

“God is spirit, and those who worship him must worship in spirit and truth.” John 4:24 (NRSV)

Holy Spirit is the third member of the Godhead:

Holy Spirit is just as much God. We are not in any way lacking because He is here and Jesus is not.

“Nevertheless I tell you the truth: it is to your advantage that I [Jesus} go away, for if I do not go away, the Advocate [Holy Spirit] will not come to you; but if I go, I will send him to you.” John 16:7 (NRSV)

“Ananias,” Peter asked, “why has Satan filled your heart to lie to the Holy Spirit and to keep back part of the proceeds of the land?… You did not lie to us but to God!” Acts 5:3-4 (NRSV)

We have now become the dwelling place of God—the temple of the Holy Spirit.

“Or do you not know that your body is a temple[a] of the Holy Spirit within you, which you have from God, and that you are not your own? 1 Corinthians 6:19 (NRSV)

The Holy Spirit is who is living in and empowering the believer today.

“And I will ask the Father, and he will give you another Advocate [Holy Spirit], to be with you forever.This is the Spirit of truth, whom the world cannot receive, because it neither sees him nor knows him. You know him, because he abides with you, and he will be in you.” John 14:16-17 (NRSV)

“A new heart I will give you, and a new spirit I will put within you; and I will remove from your body the heart of stone and give you a heart of flesh. I will put my spirit within you, and make you follow my statutes and be careful to observe my ordinances.” Ezekiel 36:26-27 (NRSV) 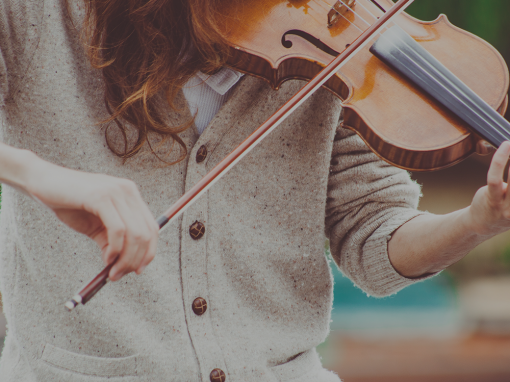 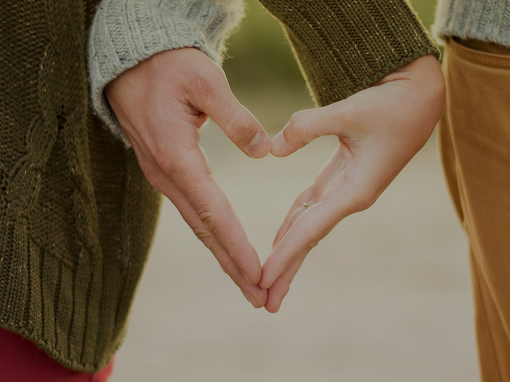 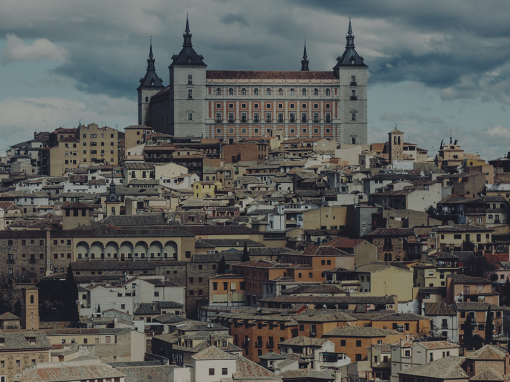 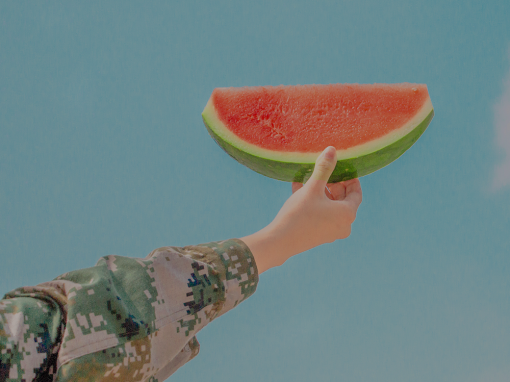 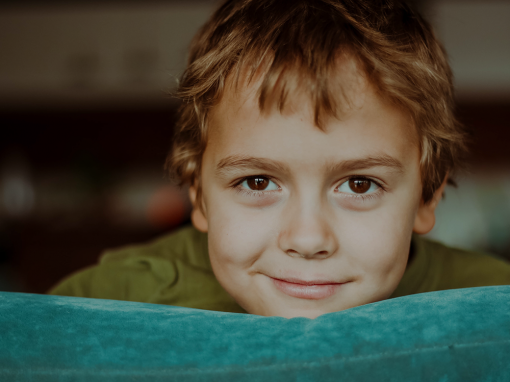 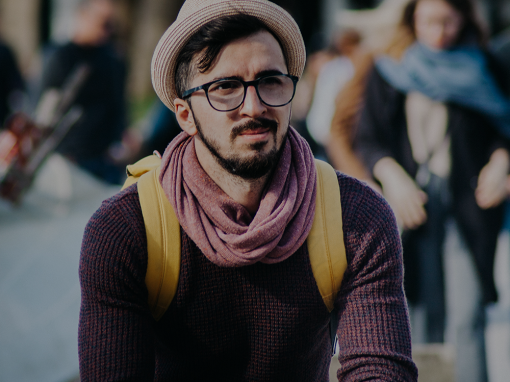 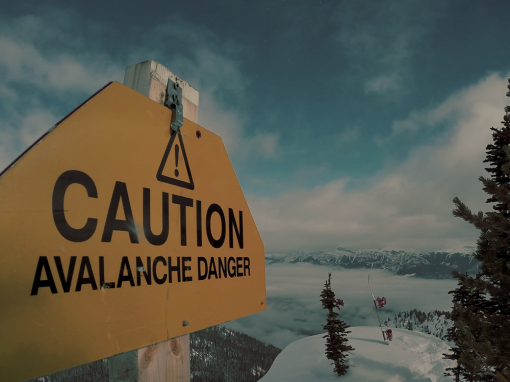 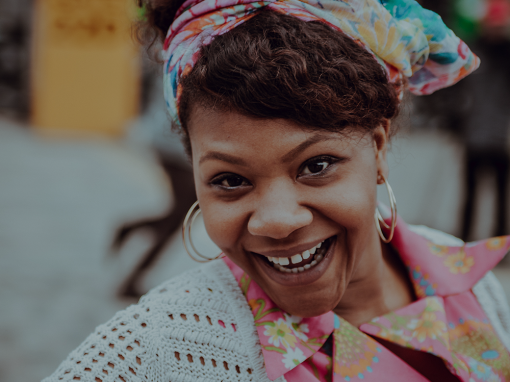 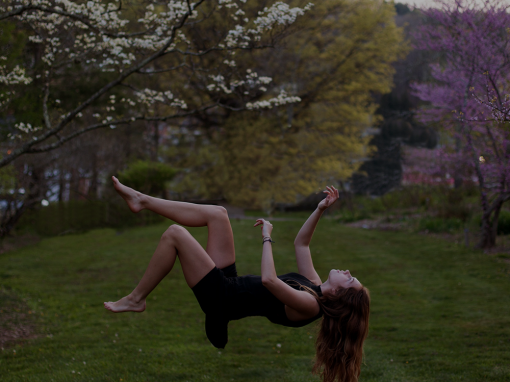 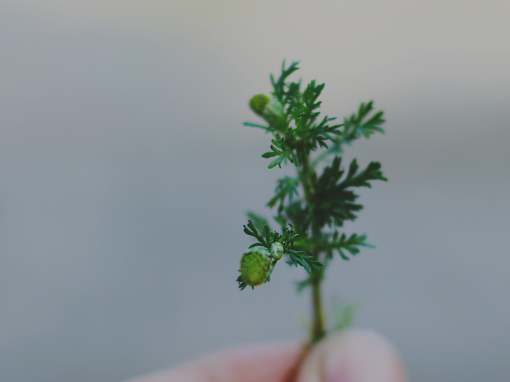 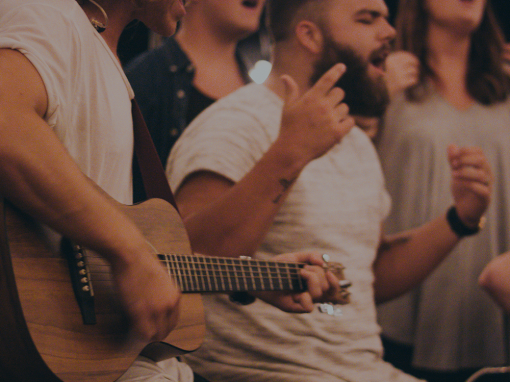 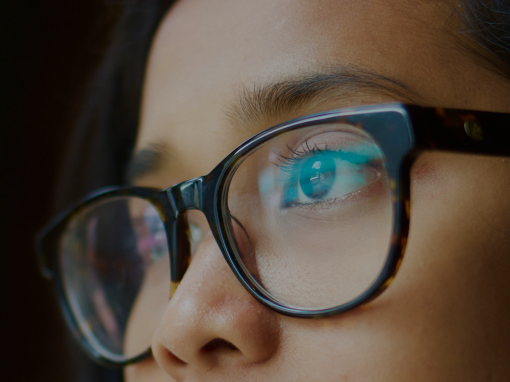 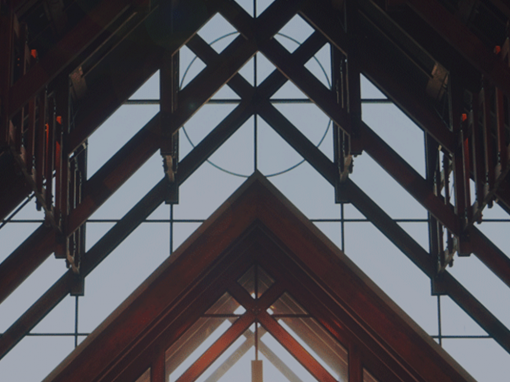 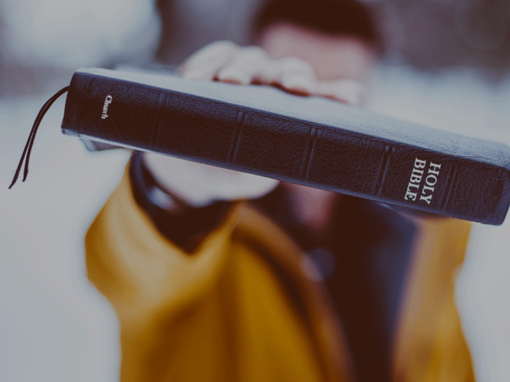 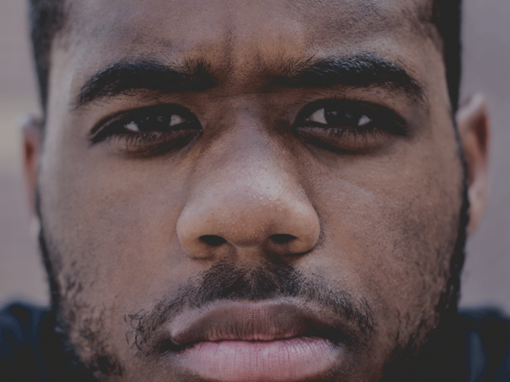 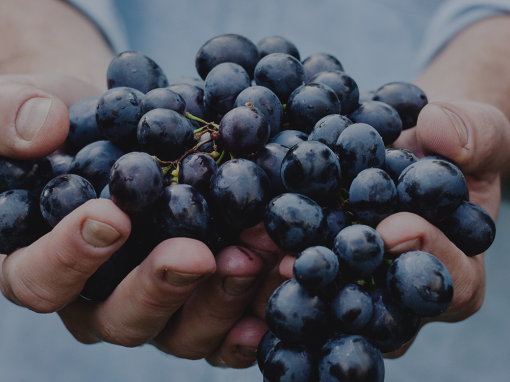 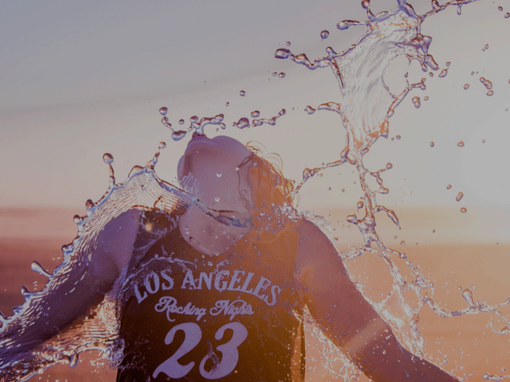 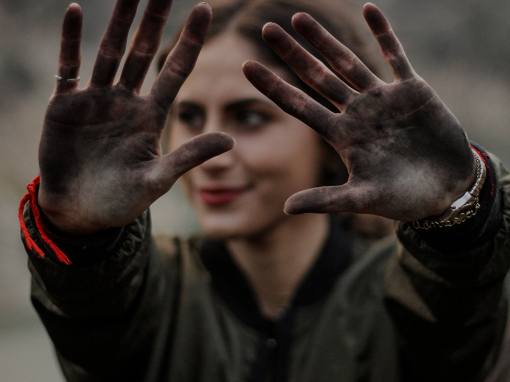