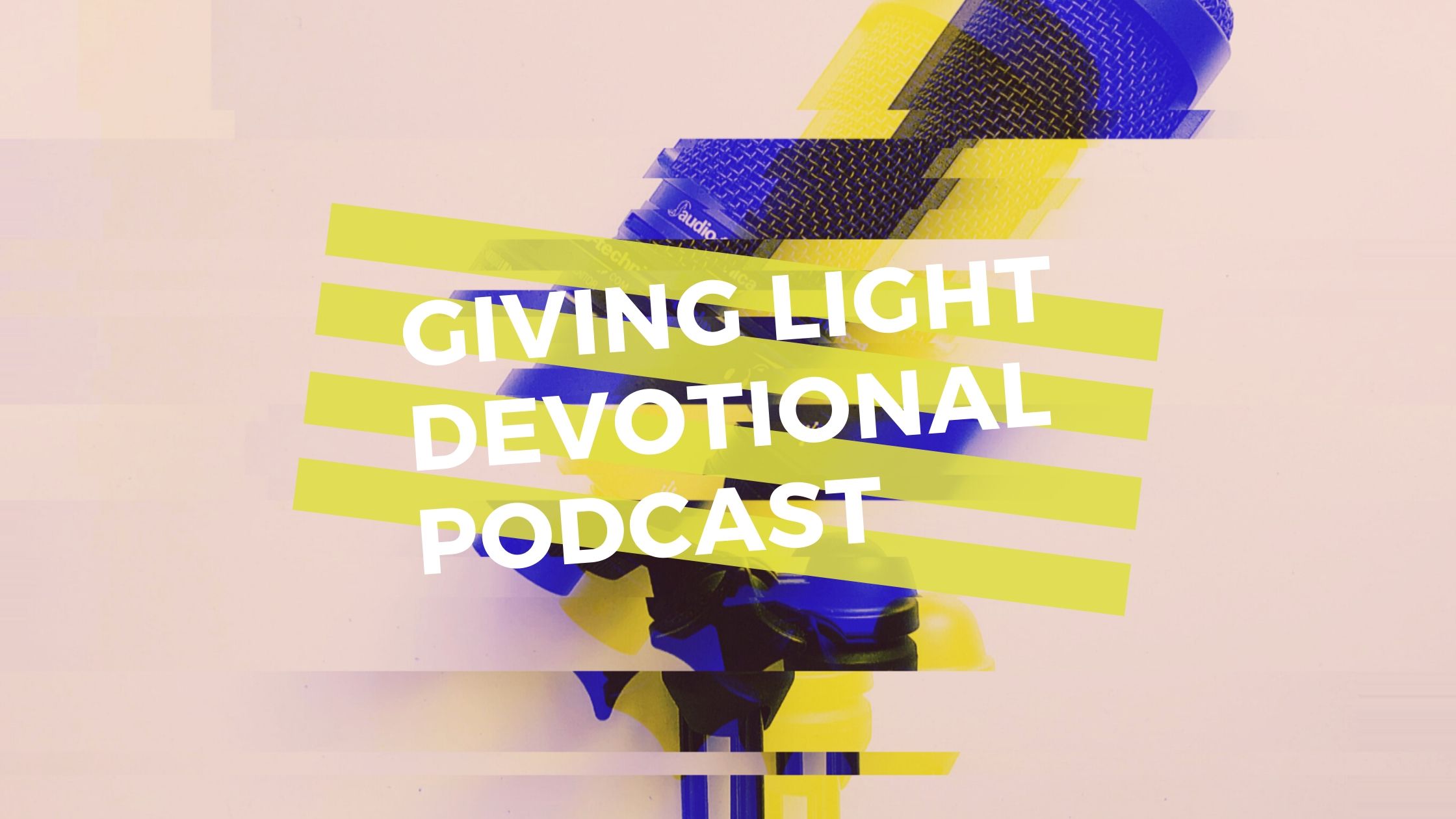 EP38: Step Out and SPEAK Up

by Giving Light Devotional Podcast | Fear leads us into bondage. Today’s devotion is a challenge to step out, speak up, and receive the freedom that Christ provides.

Hebrews 2:14-15, “Inasmuch then as the children have partaken of flesh and blood, He Himself likewise shared in the same, that through death He might destroy him who had the power of death, that is, the devil, and release those who through fear of death were all their lifetime subject to bondage.” (NKJV)

1 Chronicles 4:9-10, “Now Jabez was more honorable than his brothers, and his mother called his name Jabez, saying, “Because I bore him in pain.” And Jabez called on the God of Israel saying, “Oh, that You would bless me indeed, and enlarge my territory, that Your hand would be with me, and that You would keep me from evil, that I may not cause pain!” So God granted him what he requested.” (NKJV)

Romans 8:15, “For you did not receive the spirit of bondage again to fear, but you received the Spirit of adoption by whom we cry out, “Abba, Father.” (NKJV)

Galatians 5:1, “Stand fast therefore in the liberty by which Christ has made us free, and do not be entangled again with a yoke of bondage.” (NKJV)

2 Timothy 1:6-7, “Therefore I remind you to stir up the gift of God which is in you through the laying on of my hands. For God has not given us a spirit of fear, but of power and of love and of a sound mind.” (NKJV)

Many times labels keep us in a place of limitation and confinement. Write down some labels that you believe about yourself that keep you in a place of confinement. Now, through the Word of God and His Spirit, write down the truths that challenge those labels. Once you have that list of labels that God says about you, commit to speaking them over your life.