This series is a fun and personal look into how people just like you walk out their Christian life. Facilitated by Pastor Joel Hilton, these colorful questions help us to capture the journey of Practical Christianity. 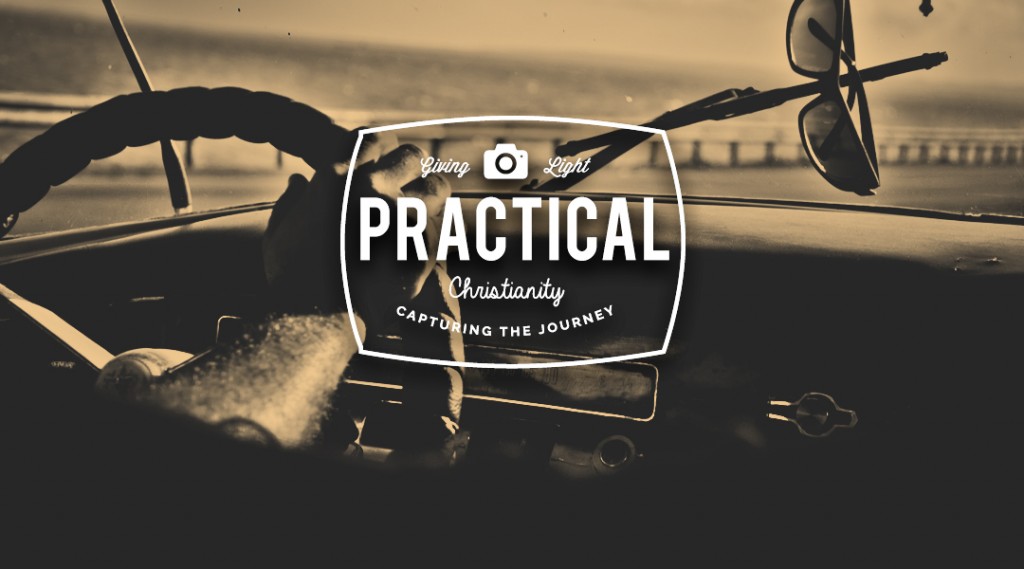 TELL US ABOUT YOURSELF:

Hi, I’m Alaina. I’m 20 years old from Millersburg, PA. I am the middle of five girls. I wish I could say I’m the crazy one but I think we’re all a little crazy.

This fall I will be a 2nd year student at Bethel School of Supernatural Ministry in Redding, CA. I want to be involved in full time ministry. Right now I am home for the summer:  working and enjoying time with family before my return to the west coast.

I enjoy simple things and good conversation. I’m pretty laid back and it takes a lot to get me really riled. I like trying new things and seeing new places. I was once forced out of a Turkish village by the police and laughed at the whole situation. I am deathly afraid of snakes. I believe life is good because God is good. I am a hopeful optimist.

YOU’RE A FAN OF JANE AUSTIN. WHICH CHARACTER FROM HER WORK DO YOU MOST IDENTIFY WITH AND WHY?

I can relate with Mr. Bingley from Pride and Prejudice. He’s very socially awkward but always positive. I’m okay with socially awkward as long as I can be comfortable in my own skin and make people’s days a little brighter. I’ll do a lot to get a laugh out of the people I love.

YOU ARE THE THIRD OF FIVE DAUGHTERS IN YOUR FAMILY. WHAT IS THE FUNNIEST PRANK YOU EVER PULLED ON ONE OF YOUR SISTERS?

I don’t really remember ever pulling pranks on them. We collectively ran wild: building forts in neighbors’ land and racing down the road on our bikes.

IF YOU COULD HAVE PERSONALLY WITNESSED AN EVENT DOCUMENTED IN THE BIBLE, WHICH WOULD YOU CHOOSE?

There’s a passage at the end of John that I had never noticed before this year. It’s after the resurrection and Jesus is essentially having a campfire with the disciples. I love this glimpse of a very personable Jesus.  In the final days before the ascension, He’s not healing the leper or preaching to crowds (though those things are important). He’s just spending time with His friends. I would like to have been there. I would like to have heard those intimate conversations between Jesus and the disciples. I want to know what it’s like to have that level of friendship with God.

WE’VE ALL EXPERIENCED DIFFICULT TIMES. SHARE WITH US A TRUTH OR PORTION OF SCRIPTURE THAT HAS HELPED YOU THROUGH A DIFFICULTY IN YOUR LIFE.

I think that, in hard times, the most important thing you can do is to pursue God’s goodness. This is not to say that His goodness is hidden but in the church it can sometimes become second-hand knowledge. It is great to hear that God is good but in hard times you can’t stand on what other people know to be true. This year, for me, was a journey into God’s goodness. In hard time you must be rooted in His goodness. You have to know what it feels like. What it looks like. What it sounds like. The disciples knew God’s goodness intimately. It was because of this that, when they were pressured to turn astray, they could look at their Savior in all of His goodness and say, “Where else would we go?” Where could we possibly go but into the arms of our good, good Father?

YOU HAVE DONE SOME INTERNATIONAL TRAVEL OVER THE LAST COUPLE YEARS. HOW DID SEEING YOUR VIEW OF OTHER PARTS OF THE WORLD IMPACT YOU, EVEN AFTER YOU CAME HOME?

I think travelling has showed me not to judge individuals. I will never forget the Muslims in Turkey who opened up their homes to us and eagerly let us share the gospel. It showed me that nobody is off limits to being transformed by the love of God. At school I volunteered for Sunday Morning Breakfast where you serve breakfast to the homeless and really just talk to them. The same truth that I found in Turkey helped me remain open to the homeless people in Redding. I just listened to their stories and began to see God’s love for them.

YOU RECENTLY GRADUATED FROM YOUR FIRST YEAR AT BETHEL SCHOOL OF SUPERNATURAL MINISTRY. CAN YOU SHARE WITH US A COUPLE OF THINGS THAT CHANGED YOUR LIFE DURING THIS TIME?

There were a couple of messages by Jason Vallotton and Abi Stumvoll that changed my life. They were both on the process of breakthrough. I had always looked at breakthrough as a one moment thing. If you’re struggling with something, you just need to spend time in the presence until you have an encounter and everything changes. And I still believe that. I put no limitations on the power of His presence. But what Abi and Jason showed me is that sometimes breakthrough is a process. It was simple, really. In order to defeat a lie sometimes you just have to commit to speaking the truth. That might mean day after day going after the same breakthrough. I’ve found that any lie that you believe is in direct disagreement to the nature of God. After I recited the truth time after time I began to believe it. And in that I saw a truer glimpse of God’s nature.

THIS WAS YOUR FIRST TIME LIVING AWAY FROM HOME. WHAT ADVICE WOULD YOU GIVE SOMEONE WHO IS MOVING OUT OF THEIR PARENTS’ HOUSE FOR THE FIRST TIME?

I would say find your community right away and don’t be afraid to ask for help. Find the relationships you think will last and commit to those people. Open yourself to really be there for them and then allow yourself to lean on them if you need to. Basically, build a healthy community. Don’t try to do it on your own.

IF YOU WERE SPEAKING TO A CAPTIVE AUDIENCE, WHAT WOULD YOU SAY?

There is always hope. No matter what and in every situation.

WOULD YOU RATHER FROLIC IN THE FIELD DURING A RAIN SHOWER OR CREATE SNOW ANGELS DURING A BLIZZARD?

THANKS FOR GIVING US A GLIMPSE INTO YOUR LIFE AND HOW YOU DO PRACTICAL CHRISTIANITY.