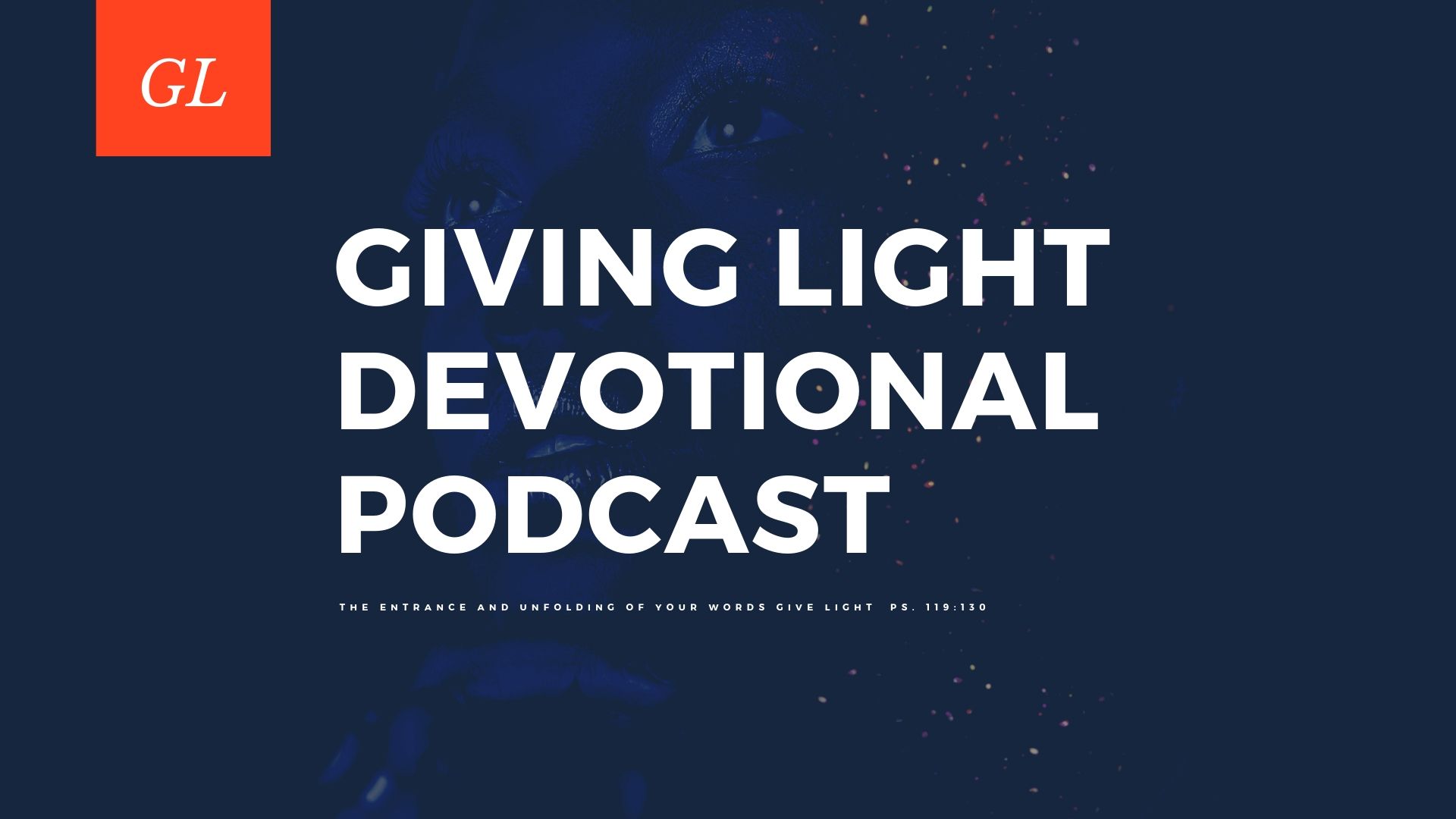 by Giving Light Devotional Podcast | God created every human being in His image and likeness. Today, we hear from Dr. Melodye Hilton on the absolute importance of valuing all of humanity.

Genesis 1:27, “So God created man in His own image; in the image of God He created him; male and female He created them.” (NKJV)

Romans 3:23-24, “For all have sinned and fall short of the glory of God, being justified freely by His grace through the redemption that is in Christ Jesus,” (NKJV)

Romans 5:6, “While we were still helpless [powerless to provide for our salvation], at the right time Christ died [as a substitute] for the ungodly.” (AMP)

Romans 5:8, “But God clearly shows and proves His own love for us, by the fact that while we were still sinners, Christ died for us.” (AMP)

Romans 5:10-11, “For if when we were enemies we were reconciled to God through the death of His Son, much more, having been reconciled, we shall be saved by His life. And not only that, but we also rejoice in God through our Lord Jesus Christ, through whom we have now received the reconciliation.” (NKJV)

John 3:16, “For this is how God loved the world: He gave his one and only Son, so that everyone who believes in him will not perish but have eternal life. God sent his Son into the world not to judge the world, but to save the world through him.” (NLT)

Mark 16:15, “And he said to them, “As you go into all the world, preach openly the wonderful news of the gospel to the entire human race!” (TPT)

1 Corinthians 3:6-9, “I planted the seed in your hearts, and Apollos watered it, but it was God who made it grow. It’s not important who does the planting, or who does the watering. What’s important is that God makes the seed grow. The one who plants and the one who waters work together with the same purpose. And both will be rewarded for their own hard work. For we are both God’s workers. And you are God’s field. You are God’s building.” (NLT)

For the next week begin each day with asking God to open your eyes to see the world as He does. At the end of the week, take note of any mindsets that were challenged as well as newfound appreciations.